What Nose Shapes Can Be Addressed By Rhinoplasty?

When looking in the mirror, many people would agree that one of the first parts we normally notice is our nose. This just shows how important our nasal profile is to our face. If we see a flaw or a distinct attribute that makes our nose look too small, big, wide or narrow of our face, then it can be possible that people will notice the same thing too. Let us discover the different nose shapes that we have all over the world. What nose shapes can be considered ideal and what needs the help of plastic surgery, particularly rhinoplasty surgery?

Nose Shapes: Do You Know Yours?

As expected, there are so many nose shapes that we could think of, and they all depend on the genetics, race, and overall condition of a person. Some would have distinct nasal profiles that they got from their ancestors, some depend on their hereditary attributes, and others are just plain effects of a previous accident or trauma. What nose shapes are very common?

This nose shape is considered a plastic surgery favourite. The nose looks petite with a mild curve in the nose bridge, the nasal tip flawlessly protruded. Emma Stone and Carrie Mulligan are just one of the celebrities that are blessed to have this type of nasal shape. Some rhinoplasty patients would try and request for their noses to be like these celebrities to make their facial profile look as delicate and ethereal. 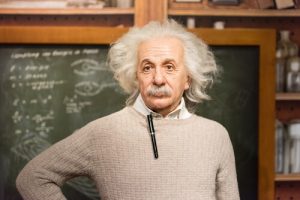 This nasal type is generally big in every angle or side. It may be described as bulbous or large, protruding that looks a bit disproportioned to the face. A perfect example of this nose shape is the one that Albert Einstein has.

The name of this nose shape is derived from the way ancient sculptures of the Roman empire where sculpted. Straight, protruding, and prominently curve, the Roman nose is actually the ideal nose shape the most male rhinoplasty surgery patients request.

Do you know Owen Wilson? His nose shape is the best example of a bumpy nose. This nose shape has a distinct hump at the nose bridge that makes the nasal outline look curved or wide. This type of nose is a good candidate for a nonsurgical rhinoplasty, where dermal fillers are used to straighten and smoothen the dorsal hump (or the bump) on the nose bridge without going under the knife.

Despite being thin and pointed, a snub nose looks like the celestial nose, but rounder and softer. Helen Mirren is documented to have this type of nose shape, which is either an asset if it looks proportioned to the nose, or a good candidate for a nonsurgical rhinoplasty as well just to create the illusion of being straighter and more protruded.

The name came from the unique resemblance of the nose to the beak of a hawk. Long, straight, and protruded nose bridge that ends with a curved or hooked-down nasal tip. This nose shape is typically noticeable in patients with European descent, making their profile strong and angular.

Small, slim, and a bit flat – that is a great description of a typical Asian nose. What other misunderstand is that when Asians undergo rhinoplasty, they do not request for a Western-looking nose. They are merely developing their nasal assets to make them look more proportioned and emphasised in their faces.

Like the fleshy nose, the bulbous nose has a distinct characteristic of having a rounded, fatty nasal tip that makes the nose look bigger and wider. Former US President Bill Clinton is a perfect example of a [person with a natural bulbous nose. 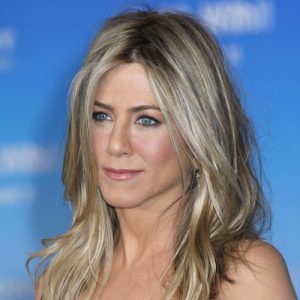 Perfectly straight, a Greek nose shape is an envy of people with natural or trauma-induced crooked noses. As depicted in Greek sculptures, people with Greek noses like Jennifer Aniston and Duchess of Cambridge Kate Middleton are also a common celebrity pegs when it comes to women looking for their favourite nasal transformation.

What Is The Perfect Nose Shape For Female Rhinoplasty Patients?

To be honest, no nose can be considered perfect. Yes, you read it right. If you are contemplating on undergoing rhinoplasty thinking that you will get at perfectly-shaped nose out of it, we apologise but we definitely have to burst your bubble. The only way you can have an attractive and improved nose shape version through rhinoplasty is to determine which shape and profile will be rightly proportioned to your facial features.