Before planning on undergoing any cosmetic surgery procedure, like rhinoplasty, one must first understand and know the process from start to finish. Details about the procedure itself as well as the aftercare and the results should all be laid out by the plastic surgeon so that you may prepare and anticipate everything even before the procedure happens. Here, let us discover the real deal during your nose job recovery.

Most of the time, if not all the time,  a rhinoplasty patient’s nose is packed with a nasal splint to support the newly-shaped nose, and has nasal packing inside to aid in wound drainage and add support as well. Gauze dressings may be wrapped around the nose and secured by tape, but if the patient underwent septoplasty or only the nasal tip is subjected to surgery, the external dressing may be forgone. These internal and external nasal bandages should be removed within 5-7 days after the operation.

Like any other post-operative situation, you can expect to feel a bit of discomfort, even moderate in nature in certain circumstances.

Pain. After your nasal surgery, there will be a slightly mild to pronounced or moderate amount of pain and discomfort around the face. This symptom should easily be alleviated by pain medications like acetaminophen, paracetamol, or stronger and more potent ones like codeine. The discomfort and pain should begin to diminish within 3-4 days after surgery.  If you feel a substantial increase in pain even after a week from surgery, contact your surgeon right away as this may signal that something is wrong with your cosmetic procedure. 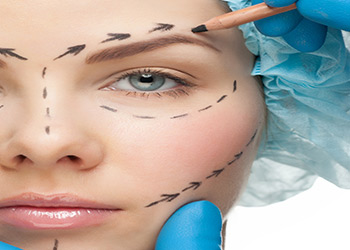 Bruising and swelling. These symptoms are not rare after any plastic surgery. Both symptoms may not be present on the first day postop, but they would reveal themselves and often worsen on the second day. They should steadily improve as time passes. You may expect bruising and swelling to affect the nasal area including the eyes, cheeks, and forehead, but this would depend on the type of rhinoplasty performed and the reaction of the body to specific procedures and medications. The bruising is expected to subside faster than the swelling; on and off nasal puffiness may still occur months after the surgery as a reaction to temperature, etc.

Bleeding.  Some bloody nasal discharge can be expected after your nose job. Your plastic surgeon may resort to using nasal packing inserted to your nose to stop the bleeding and support the new shape of your nose he can also use a gauze dressing and place it under your nose post-surgery. This could quickly catch the nasal discharge, so expect that the dressing would be replaced every so often during your recovery period.

Nasal congestion. Because of the swelling, nasal stuffiness is very common after surgery. It is actually one of the most common complaints patients have post-rhinoplasty. It is aggravated by the nasal splints and packings inside the nose.  It is worse during the first-week post-surgery, but you can expect it to subside once the internal nasal splints are removed. Any residual stuffiness can be expected to improve over a period of several weeks afterward gradually.

Nasal drainage. Excess nasal secretion is often present in the throat after surgery. It is triggered by the internal splints the stimulate the nose to temporarily produce more mucous lubricant to surround the foreign object inside. Overproduction of mucus is expected to subside once the splints are removed.

Sensation of the nose. Numbness in the tip of the nose, upper front teeth, or roof of the mouth following your rhinoplasty surgery is expected because this type of surgery typically causes a temporary disturbance of some of the nerves around the nasal area. Sensation will generally return slowly over a few weeks, or rarely, months.

Nasal function. Some short-term reduction or change in the sense of smell or taste is usual during the first few days after rhinoplasty surgery. This is, again, in conjunction with the interruption of some nerves in and around the nose during operation. These alterations will begin to improve within the first 1 to 2 weeks after the procedure.